The Czech Republic and Belgium will meet in the 2nd round of the qualifications for the FIFA World Cup. The home side has an excellent national team, and at the very beginning of the campaign, they must immediately show their strength. The favorites are in the group right after Belgium. Belgium easily beat Wales, and they are coming to Prague in a great mood. There are many football stars on the national team.

The Czech Republic started its journey towards the 2022 World Cup in style, opening its campaign with a 6-2 away win over Estonia. That win wasn’t a surprise, but the real test comes in their home game against Belgium on Saturday. Ranked 42nd, Czech went top of Group E with that win, their third in a row, and with two clean sheets therein. They have four losses in the last ten matches and failed to score in three of the 10. In the win over Estonia, the Czech trailed for about six minutes before the rout started, and against Belgium, they should be keen not to start slowly like it was the case against Estonia. Tomas Soucek was the star of the night with three goals in the rout, and he will undoubtedly fancy his chances against Belgium. The Czech Republic has seven wins in 10 home matches, and 11 of their last 14 home matches have produced over 2.5 goals. Tomas Soucek plays excellently and does not allow the opponent to play in the middle of the field. Patrik Schick enjoys the pitch, and when he receives the ball and moves towards the goal, the opponent has problems. 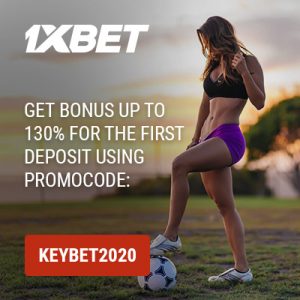 Belgium, the best-ranked nation in the world, head here also have had to come from down, at home to beat Wales 3-1. That they conceded in the game is not a surprise; Belgium has had that problem for a while now and heads here with just one clean sheet in eight matches. However, they are on five straight wins and have lost just once in the last 19 games. In terms of attack, Belgium has some of the best talents in the world, and it is partly the reason they easily blow away teams. They have scored two or more goals in eight of their last ten matches, and seven of their last ten matches have produced over 2.5 goals. In the last ten away matches in World Cup qualifiers, Belgium has managed to keep seven clean sheets. Youri Tielemans plays excellently, and he is expected to be the leader of the national team. Romelu Lukaku is a real goal machine, a fantastic season is behind him, and he is doing great in the penalty area.

Belgium is a big favorite in this match, and they are expected to pick up three points away.

The prediction for this match is over 2.5 goals. We hope that football fans will enjoy this match.